Black teas have many health benefits. It can stimulate the nerve cells of the brain to make a certain protein that delays the onset of dementia and Alzheimer’s, improve memory, and increase alertness. Black tea also contains flavonoids. Flavonoids are an antioxidant that can reduce the likelihood that a person can contract oesophagal cancer.

Numerous possible single black teas and blends are available on the market today. The following lists a few bestsellers with short descriptions and some suggested health benefits: 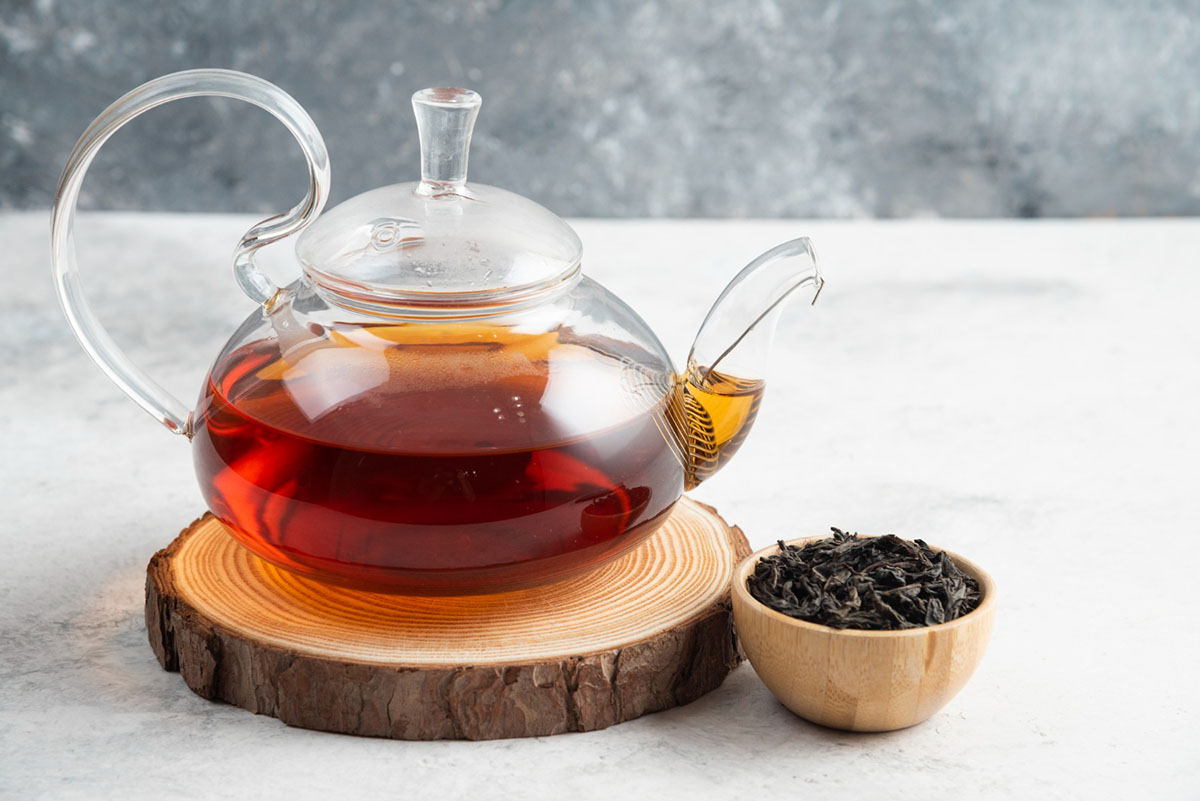 More black tea comes from this state in India than from anywhere else. Assam teas have a pleasant malty aroma. If alertness is what you desire, Assam will keep you awake because it contains a lot of caffeine.

Grown in Sri Lanka (formerly known as Ceylon), this bright orange-colored tea in the cup exudes a flowery aroma and light aftertaste. Ceylon supplies the base for many blends. Ceylon tea, as well as all other teas, can tone your cardiovascular system.

A full-bodied, amber-colored liquid with a pleasing flowery, fresh taste. It is cultivated at altitudes of around seven thousand feet in the Himalayas. Darjeeling is called the “champagne of teas” both for its exceptional taste and because it is so difficult to harvest. Drink Darjeeling as well as other teas to improve digestion.

As the story goes, this blend is a once-secret formula given to a British Prime Minister by an Imperial Chinese mandarin in gratitude for a successful diplomatic mission. Earl Grey blends china black and Darjeeling teas and is scented with citrusy oil of bergamot. The citrus adds a bit of vitamin C to this tea to strengthen the immune system. 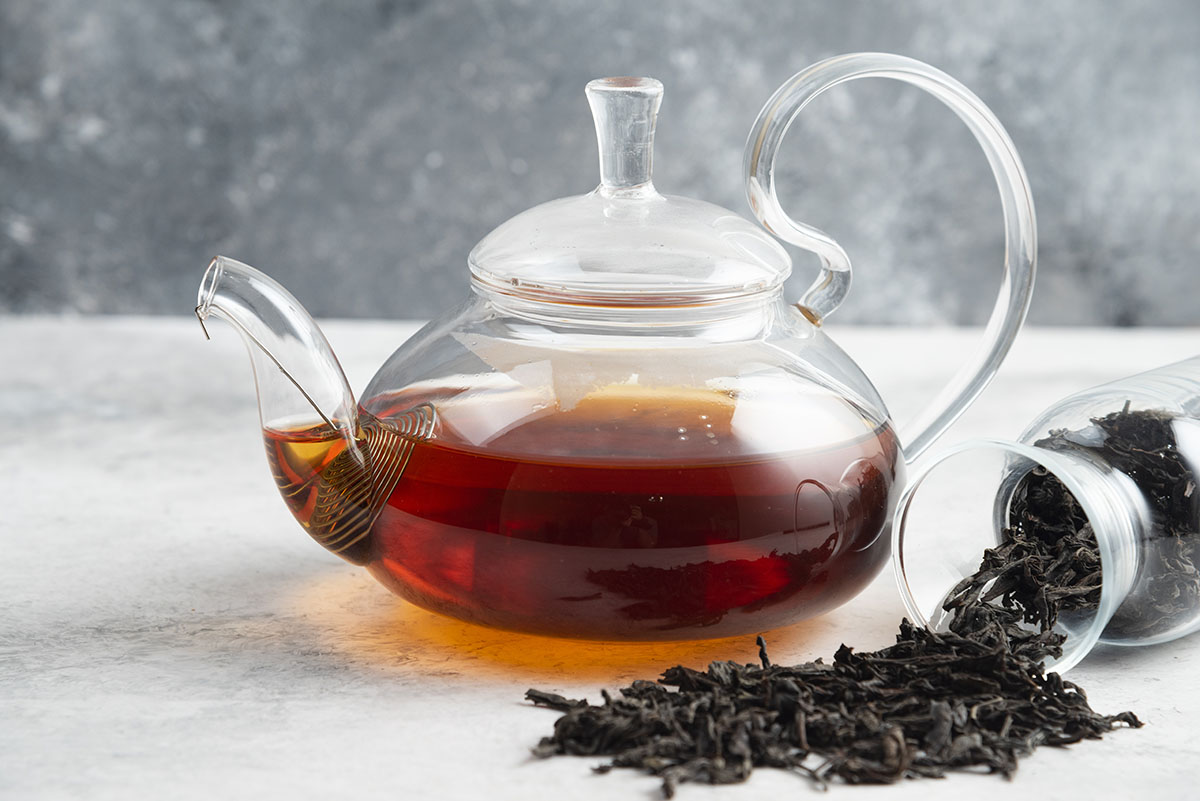 A brisk, full-bodied, colouful blend of Chinese Keemun and Yunnan province blacks, Indian, and Ceylon teas. As is the case with other black teas, English breakfast tea is drunk to stimulate the brain, especially in Kemuning.

Formerly known as China Imperial tea, this fine-grade, hand-rolled, and fired black tea from China’s Anhui province exudes a spicy, slightly toasty bouquet. Quality varies according to the year. As with the other types of tea, keemun is drunk to ease the digestion. 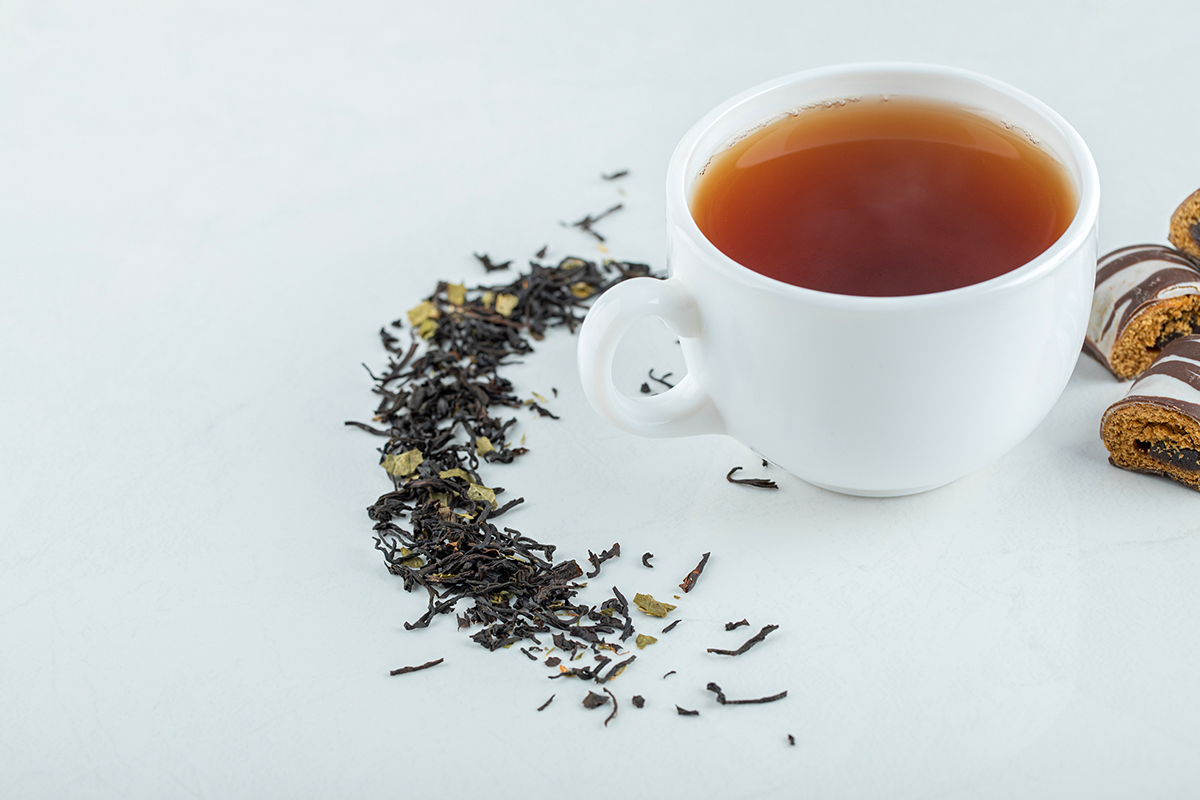 Lapsang Souchong is a Chinese tea black fired over pine root logs to give it a smoky aroma and taste. It can be drunk to imp-color memory.

Many people mistakenly think that orange pekoe (pronounced “peck-oh”) is a type of scented tea. The term actually refers to a large-leaf tea that, when first introduced to the West, was marketed as the preferred tea of the Dutch Royal House of Orange. When fully oxidized and brewed, it displays a bright orange color. It is drunk, as are most teas, to improve digestion.