What is Masala Chai?

Whether it’s called by the “proper” name of masala chai, or the generic name, chai, this stimulating, calming, nourishing drink of tea, spices, and sometimes milk and sugar is utterly delicious.

In India, the generic word for tea is chai. It derives from the Chinese word for tea, cha, which the British turned into tay, which then evolved into tea; this is what the western world came to call the leaf of the Camellia sinensis plant. Today, both the Japanese and the Chinese say “cha” for tea, and the Indians say “chai.”

This beverage reflects the addition of masala, a combination of several spices that are popular in various Indian cuisines. Here in the west, many masala chai blenders offer premade drinks with milk and call them chai lattes, following the style of the popular milky coffee drinks.

Indian teas grow in three regions — Darjeeling, Assam, and Nilgiri — and each region produces fine blacks, some oolongs, and some greens. The blacks of each area are great in chains and offer different flavor profiles for your chai. 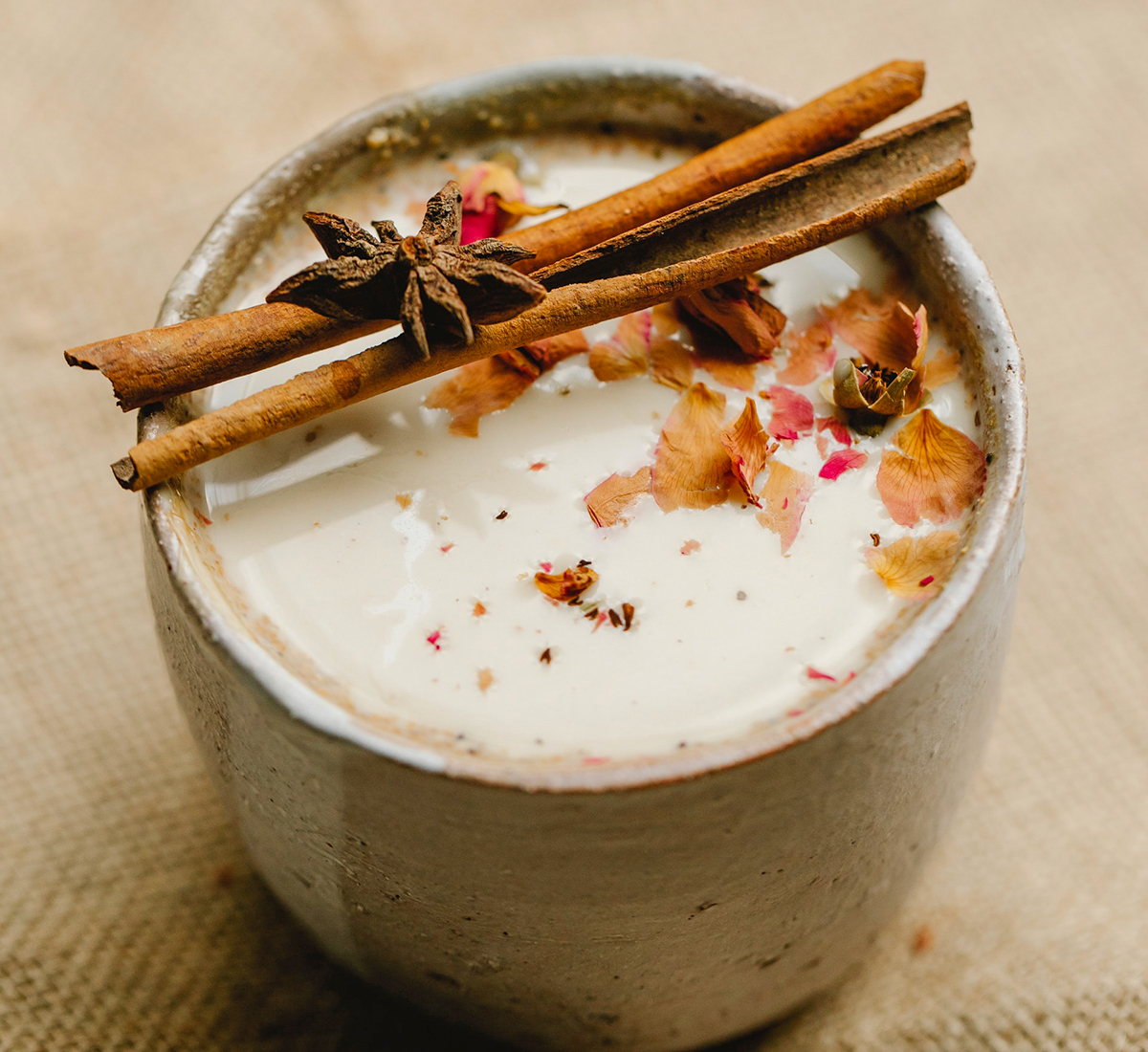 1) Darjeeling teas, for example, is lighter and more delicate and goes well with cardamom.

2) Nilgiri teas accept flavorings easily and will not cloud when iced.

3) Assams are great for hot chais and can hold up well with stronger spices like pepper and ginger. Experiment with all three to see what tastes best to you.

To brew with loose leaves, measure out one teaspoon. Add about six ounces of hot water (195–200˚F) to the leaves and allow to steep for several minutes, or as suggested by your tea merchant. Strain and serve. Warming Up

No matter which chai recipe you use, warm up your mug or cup first by filling it with hot water. Let it sit for about a minute, discard the water, and you’ll have a nicely warmed receptacle for your favorite chai.

How did this fascinating spiced tea (masala chai) develop in India? One legend, certainly apocryphal, avers that the chef for a royal king of India created this tea by scenting it with the luxurious fragrance of spices from his kitchen: cloves, nutmeg, and cardamom. 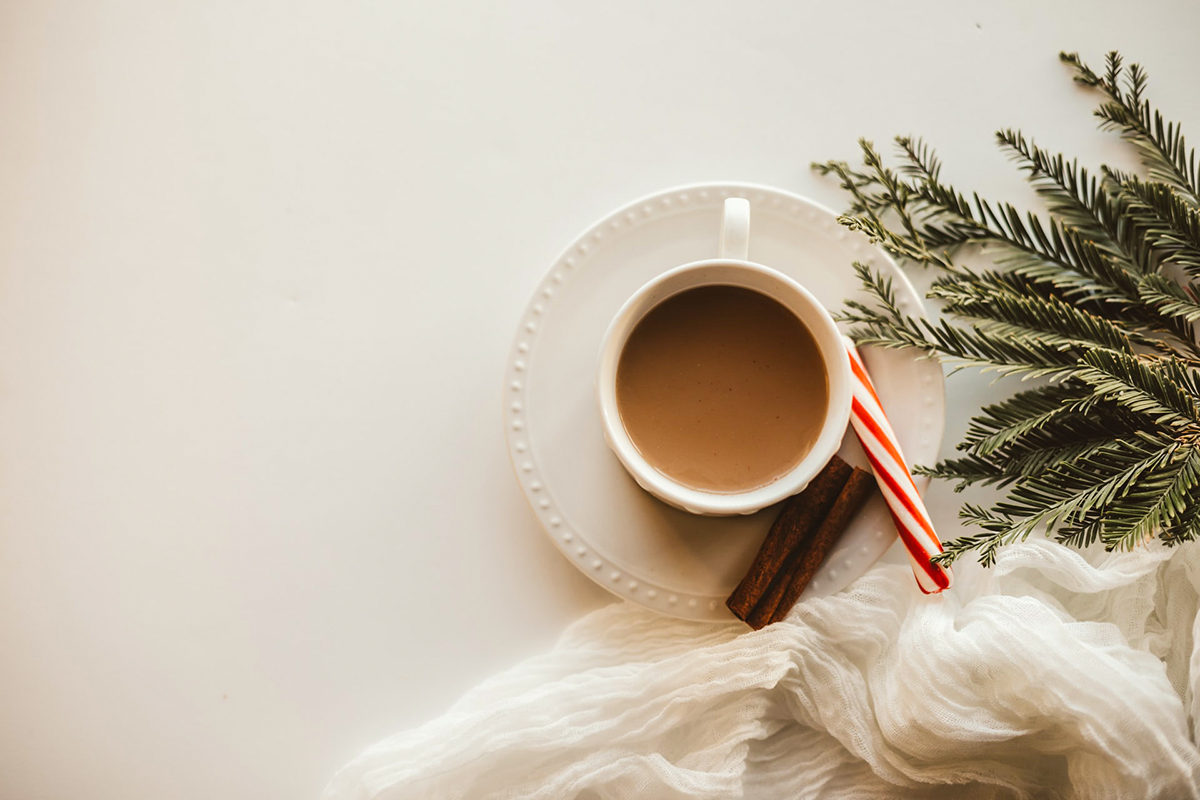 The king, entranced by the unique taste of his chef’s special tea, announced that this drink could be served only in his court and forbade the chef to divulge its ingredients. Long after the king’s death, however, the recipe filtered down from royalty to the aristocracy and then to the masses, with each group adding and deleting spices to its tastes, including cinnamon, pepper, fennel, and more.

Tibetans, who have used tea as a sacred offering and beverage of hospitality since the tenth century, boiled their tea with salt and goat’s milk and later with salt and yak butter. Tibetan monks travelling to India and bringing the combination of milk and tea to that country are another possible source of masala chai recipes.

No matter where it began, though, it’s clear that the masala chai of India can intrigue anyone, in any era or station of life. 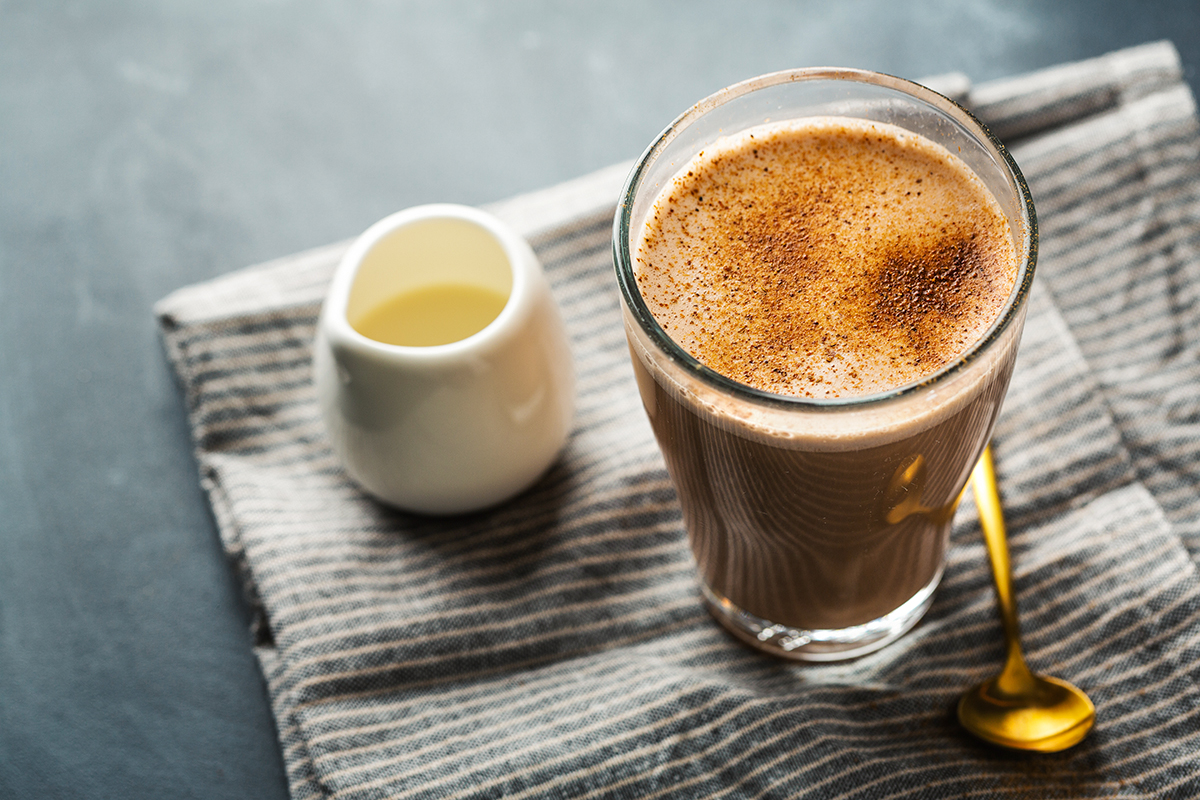 1) To make your Indian tea into chai, add spices to the loose tea leaves, then add the water.

2) Allow the water to boil with the leaf/spice mixture for about five minutes or more.

3) Add milk and simmer for another five minutes. Strain and serve.

An alternate way of brewing chai is to strain the leaf/spice mixture and add heated milk before serving. Or you can add sweetener at the same time you add the spices to intensify the sweetening ingredient. Some people prefer to add the sweetener upon serving. If it’s the richness of fine tea flavor you want, avoid overstepping. 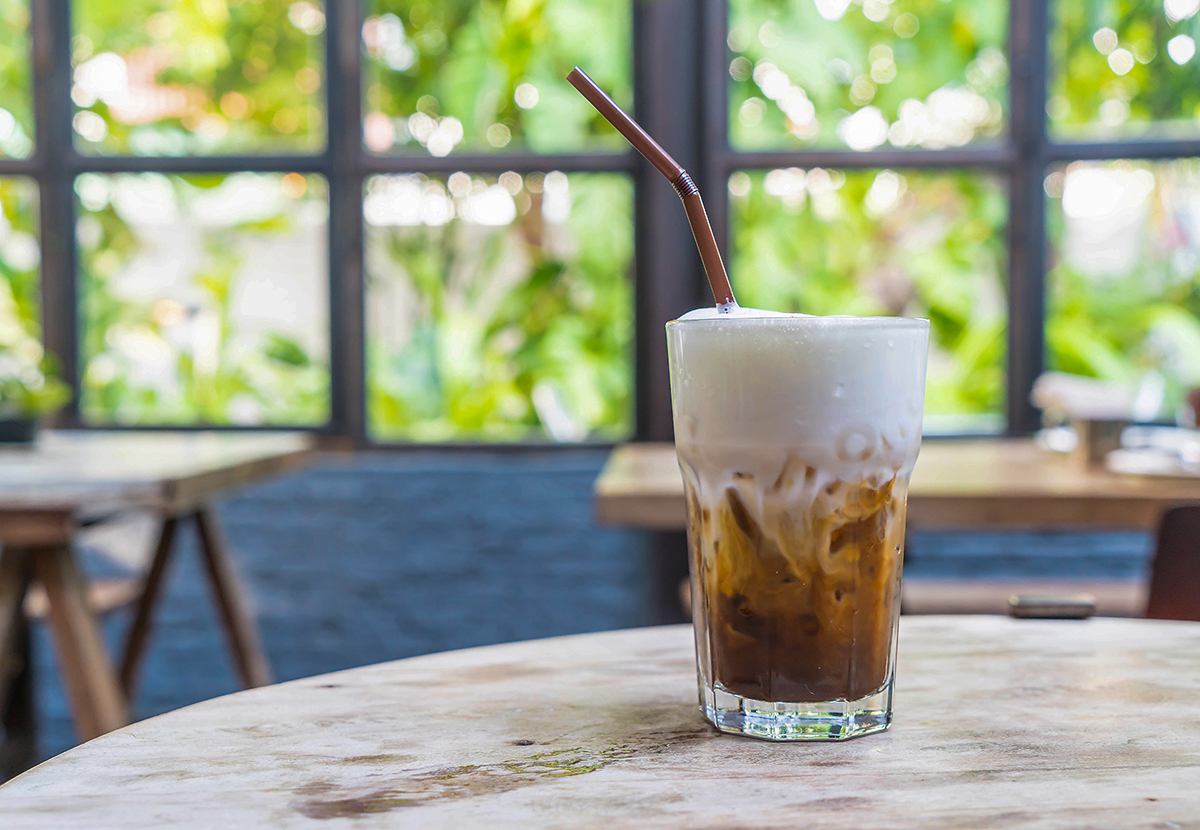 Allow the brewed tea to cool slightly, then pour it over ice. For a slushy consistency, pour the chai and ice cubes into a blender and blend for about 30 seconds or as needed. Serve in a chilled glass in a chilled parfait glass for an elegant touch.